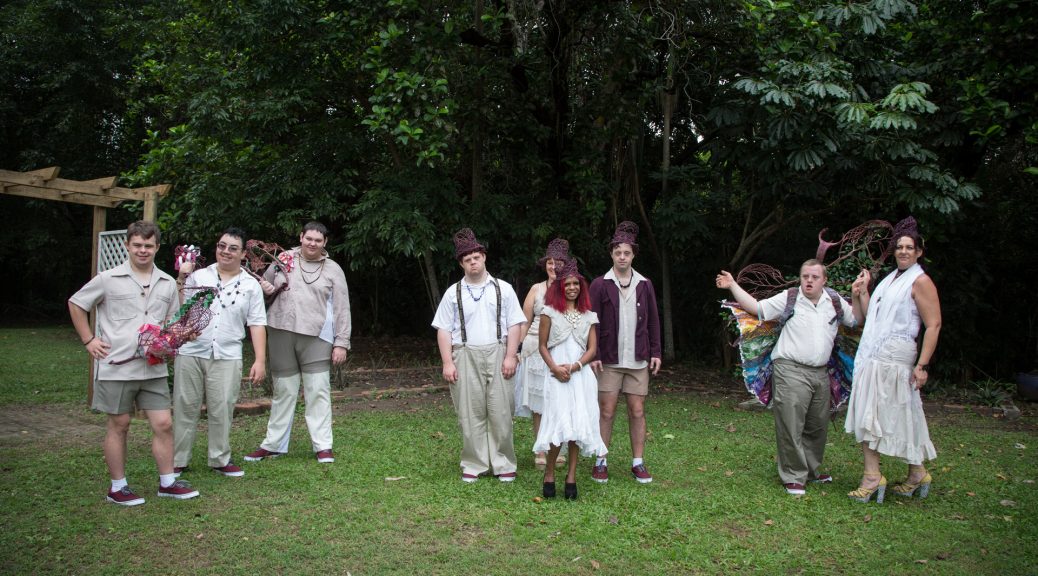 I love to rescue things from landfill! 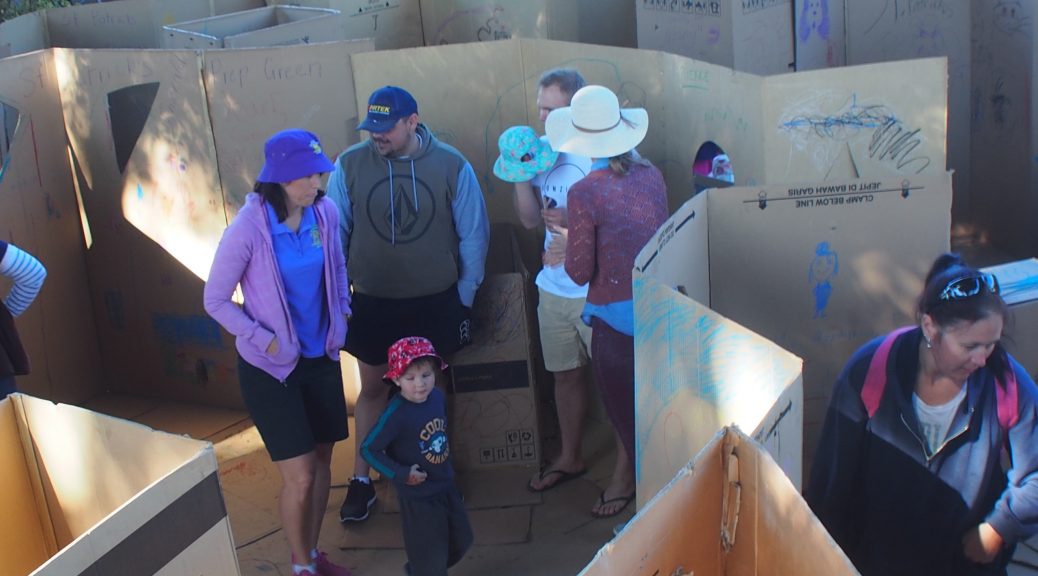 As an artist I am concerned with all wastage endemic in our society.   By sourcing large amounts of used packaging waste to make enormous interactive public instalation sculpture I am demonstrating the amount of materials freely available.  I aim to include as many people as possible in my art installations.

The Photographers’ Gallery presents, a group exhibition exploring the identity of the black dandy as performed in studio and street photographs from London to New York to Bamako.

In the early 21st century, black men are influential trendsetters in fashion, music and culture. This increased prominence however, has not had an impact on the state of high vulnerability still experienced by black men – as illustrated by disproportionate rates of incarceration the UK and USA. Dandyism, with its emphasis on dress and flamboyance, is examined as radical personal politics and a provocative counter to stereotypical representations and physical objectification of black masculinity. This exhibition seeks to consciously problematise ideas of a male identity through dress and deportment that is arresting, tantalising, louche, camp and gloriously assertive.

Social and gender norms are negotiated in the studio space where the roots of the dandy are traced back to 1904 in a rare series of outdoor studio prints from The Larry Dunstan Archive. Thought to be taken in Senegal, the images depict young men asserting a powerful personal presence through stylish dress. In Malick Sidibé’s (1936-2016, Mali) commercial studio, men were encouraged to model in animated poses while playfully engaging with personal props, including motorbikes and boxing gloves.

The studio as a site of bold experimentation and fantastical expression is explored in the works of Samuel Fosso (b. 1962, Cameroon) and Hassan Hajjaj (b. 1961, Morocco). Fosso’s 1970s self-portraits picture the artist in varying guises, assuming imagined black males identities. Hajjaj’s images, produced in collaboration with his subjects, feature men meticulously dressed in vivid African prints and photographed against bright backgrounds of clashing colours. The results are placed in frames handmade from food and drinks packaging, emphasising craftsmanship and the individual styling of each sitter.

A collection of street photographs celebrates the ordinary elegance of the dandy and his ability to transform everyday attire into ostentatious style statements. In his series the Black House (1973 – 1976), Colin Jones (b. 1936, U.K) captured the careful and discreetly extravagant styling of young men living in an Islington Housing Project. Liz Johnson Artur (b. 1964, Sofia) presents her work from the last thirty years of photographing on the streets of London, Detroit and Kingston, Jamaica, while Jeffrey Henson Scales (b. 1954, USA) covers a similar period in New York.

Complex notions of gender and sexuality are visited in Isaac Julien (b. 1960, UK) and Sunil Gupta’s (b. 1953, India) still shots from the set of Julian’s pivotal movie Looking for Langston (1989). Blending archival and scripted scenes, the film portrays black gay desire during the liberal explosion of the Harlem Renaissance in the 1920s. Gender is further explored in the context of contemporary South Africa with work by Kristin-Lee Moolman’s (b.1986, South Africa). Tapping into youth and township culture her images feature androgynous characters that reject labels and oppose stereotypes.

The exhibition is curated by writer and broadcaster Ekow Eshun.

Source: Made You Look: Dandyism and Black Masculinity on Art.Base

Architect Michael Maltzan has a proposal to wrap the 134 Freeway as it crosses the Arroyo Seco with a tunnel-like form that produces power, captures stormwater and reduces noise and pollution. 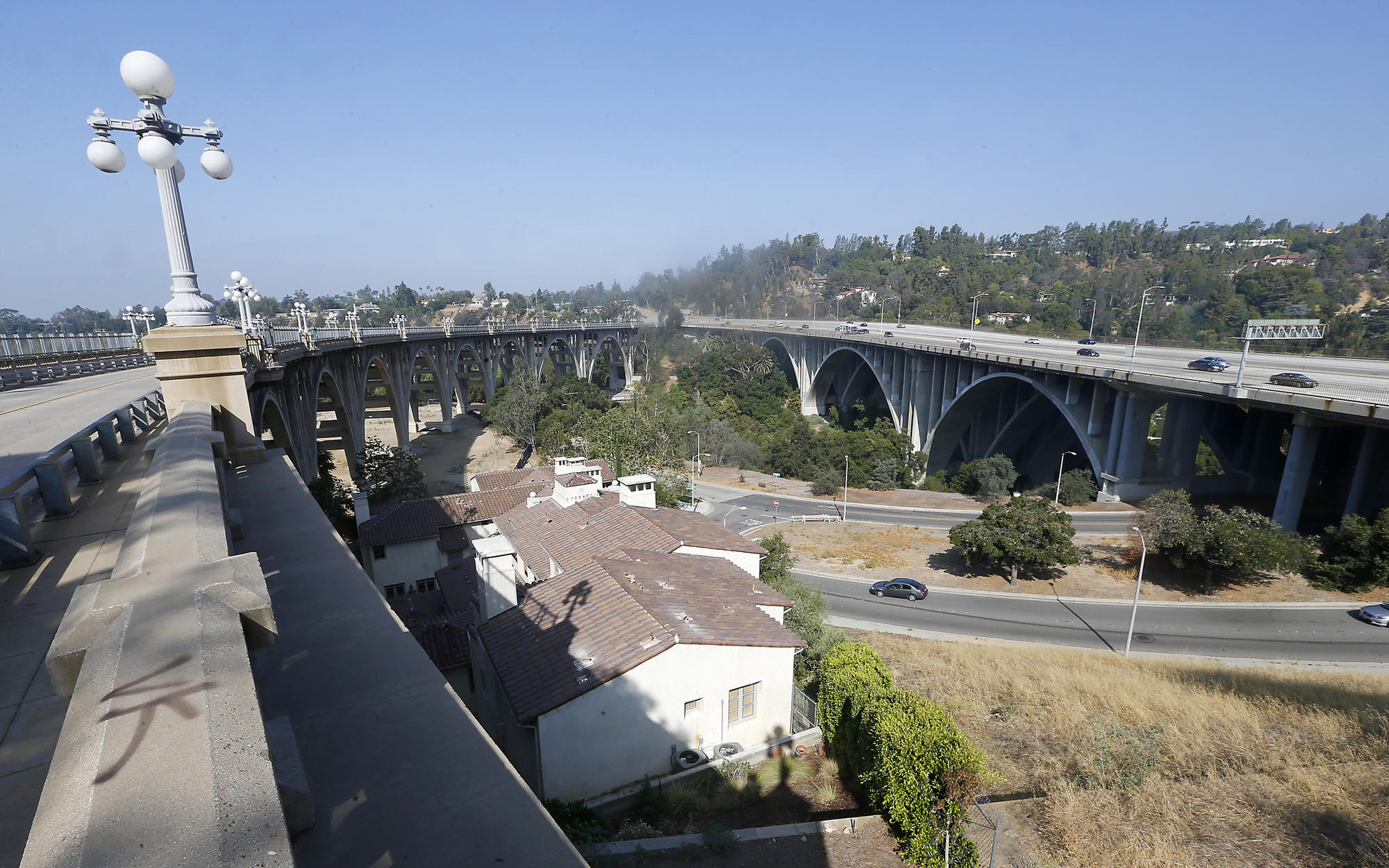 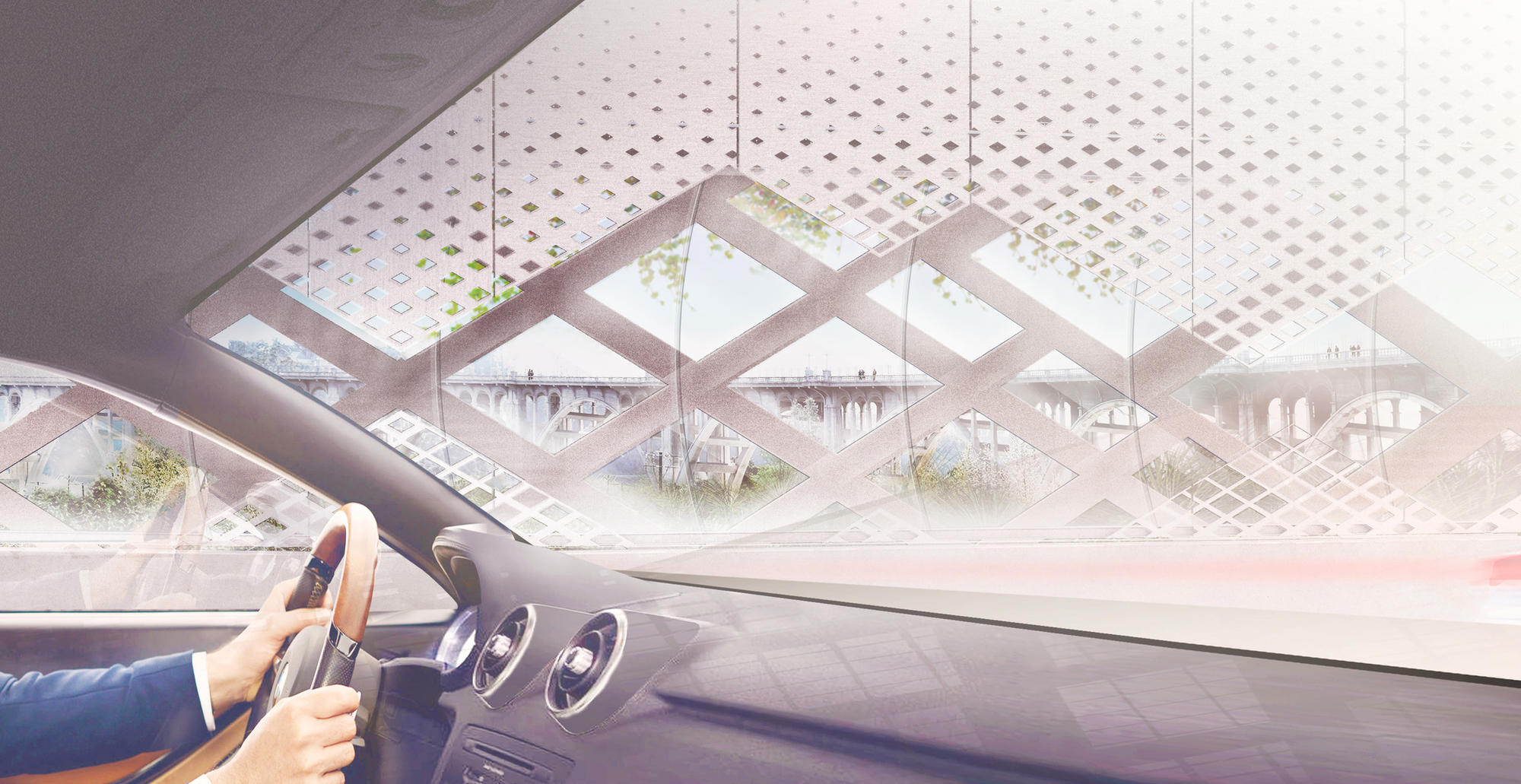 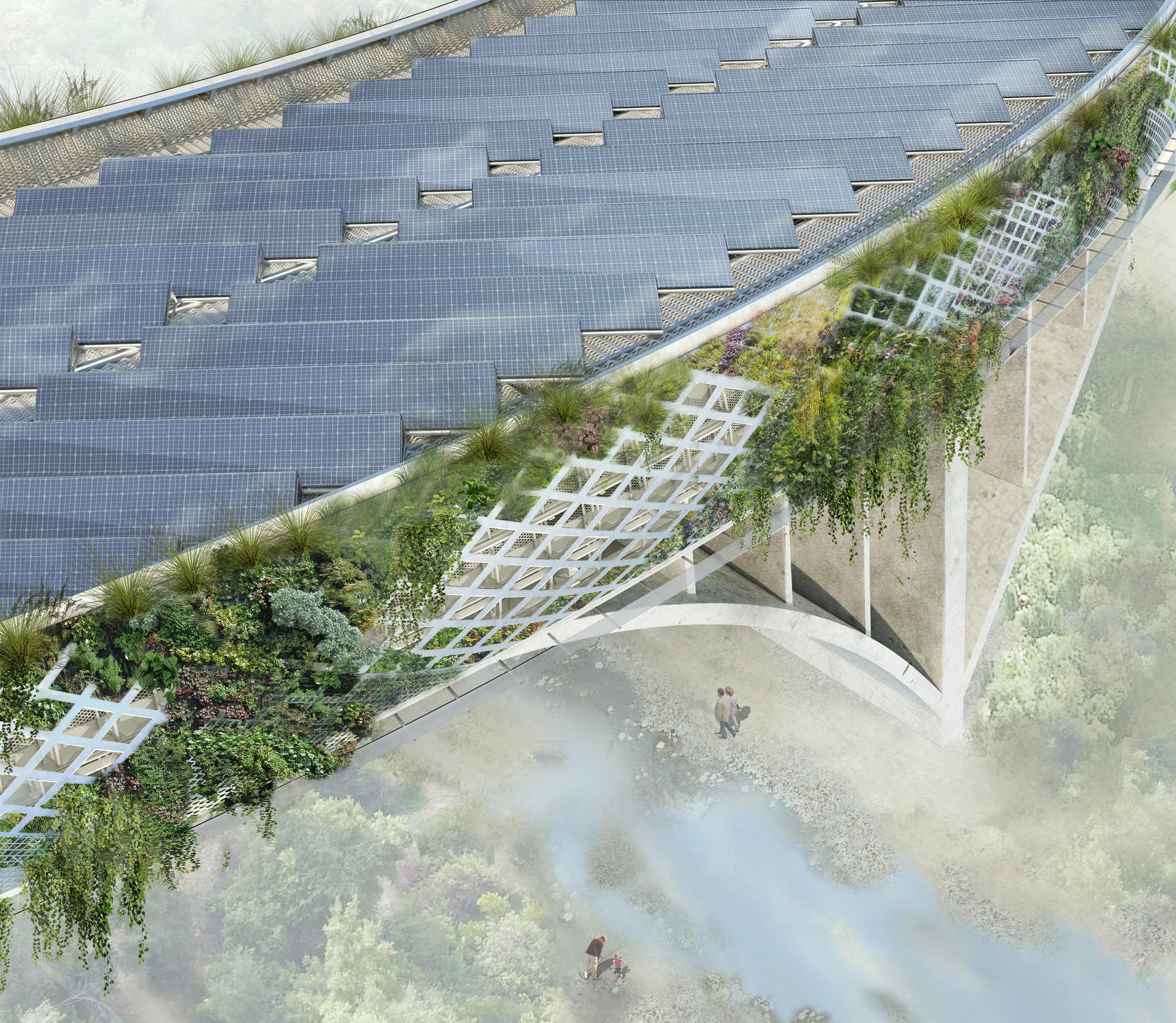 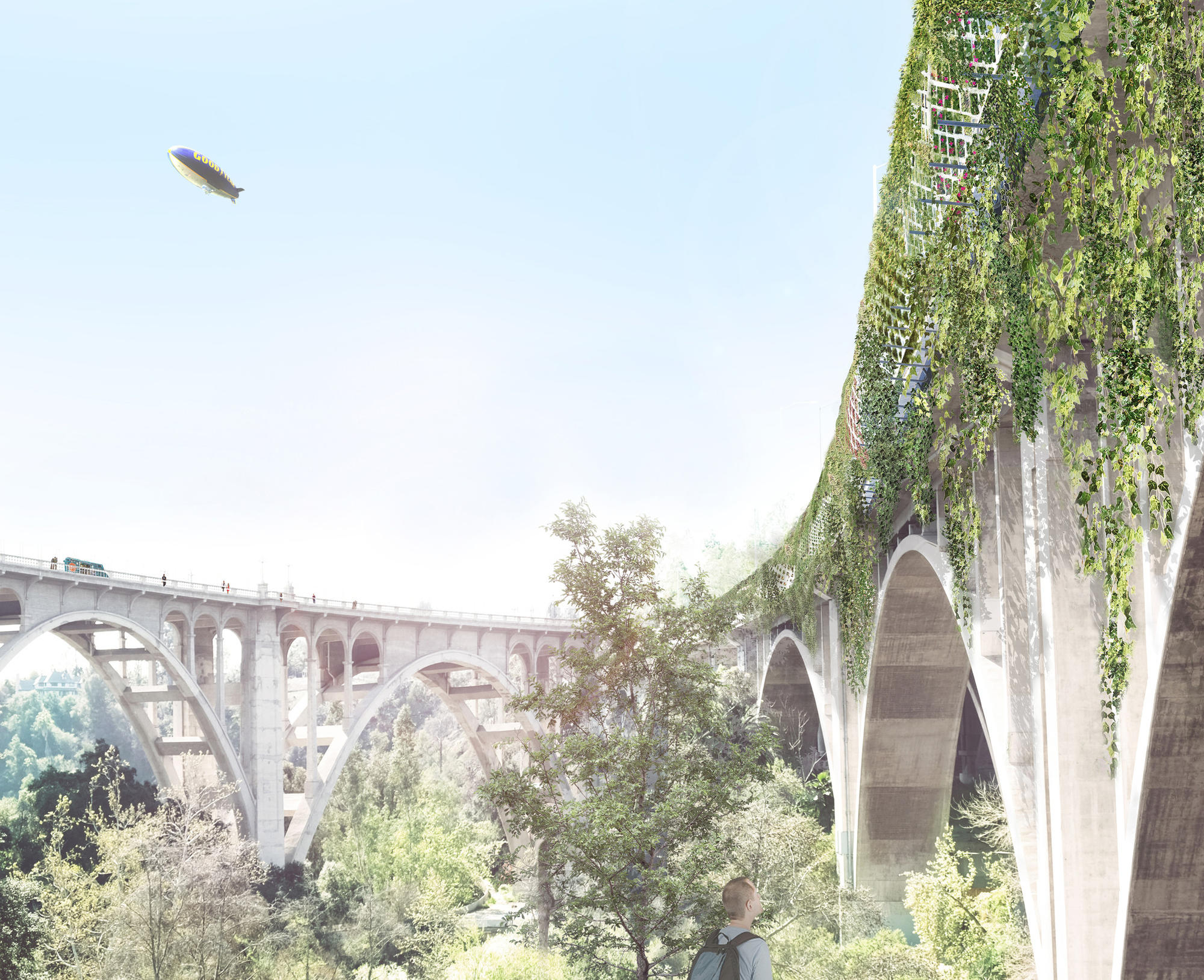 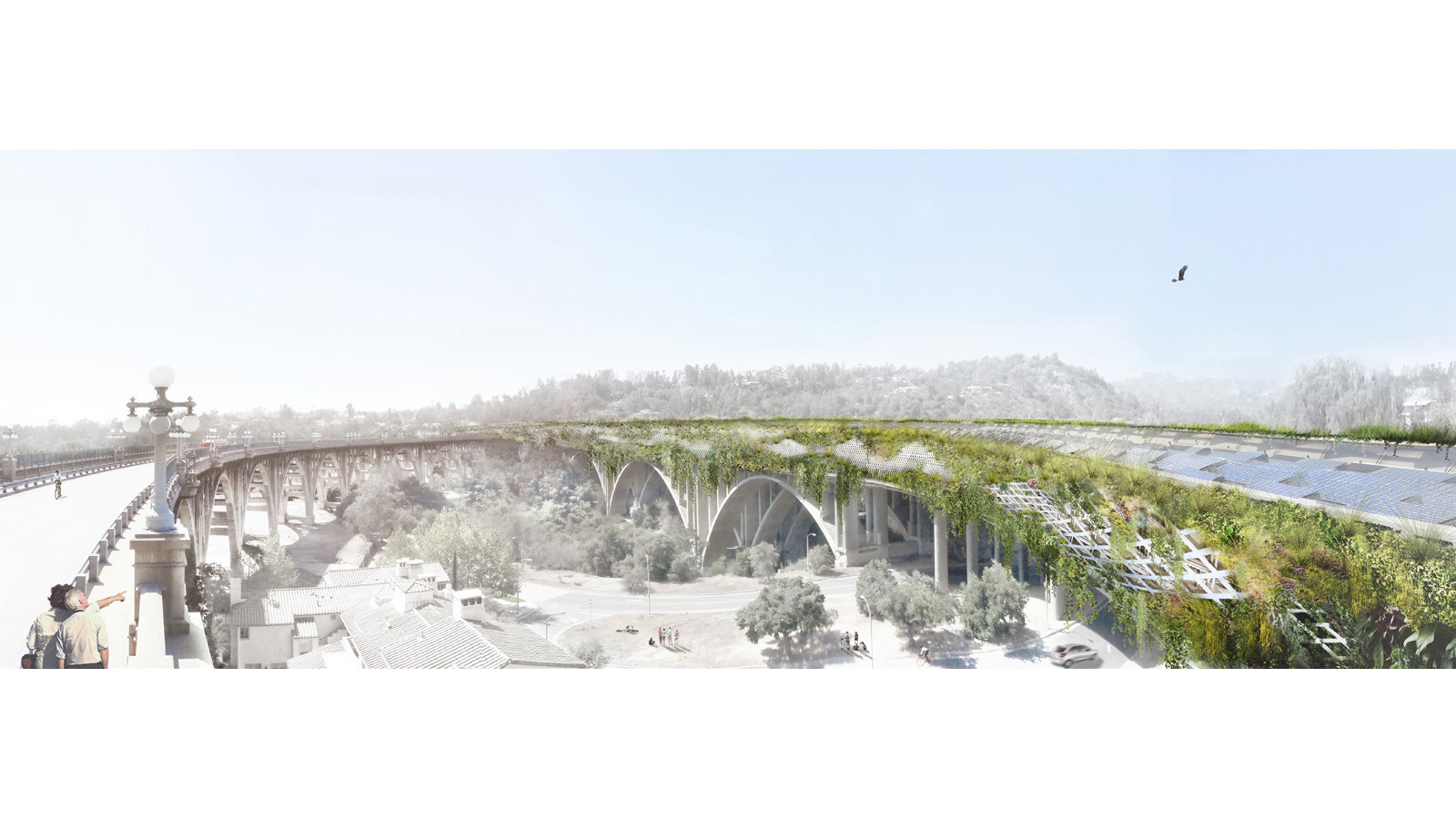 Source: How to remake the L.A. freeway for a new era? A daring proposal from architect Michael Maltzan

It is not a hopeless situation – humans made the pollution, so humans can solve the problem by cnaging everyday practices.

The great pacific garbage patch. I bet you’ve heard of it. It’s a phrase that’s really caught on in the past few years. And it’s easy to see why: it conjures up a powerful image … a vast vortex of human waste — plastic bags, tires, cans, barrels, you name it … floating out there in the ocean. But here’s the thing: it doesn’t really look like that at all. What it looks like to the human eye, from satellites, is, for the most part, well … not much at all. Most of it is all but invisible. How can that be? Well, I recently sat down with Dianna Parker from the NOAA Marine Debris Program to find out what the garbage patch is and isn’t … what we know and don’t know … and what we can do about this ocean-sized problem.

Plastic Wastage sorted and repackaged as art supplies – the categories demonstrate the wide range of manufactured materials that are in our oceans.

I’m not sure about the irony of using dead fish … but the photos are powerful!

Source: The Wolf Hall star & Oscar winner said of his Smooth Hound Shark: “I felt I was holding a very old being. Our skins were very different, mine smooth & soft, hers, like sandpaper, yet somehow similar as well. Fish are a mystery to me. They are like creatures from dreams. They are evolution. They are also limited & I believe we must create great wildlife parks in the oceans where no human pursues the fish in order to sustain their livelihood, & our own. I posed for Fishlove to join those highlighting the plight of fish on earth at present.” | Mark Rylance & Emma Thompson pose nude with fish for marine protection – Theatre

I LOVE this guy!

This is an interesting look at how what we wear has changed over the last 200 years and how Australians have built identity.